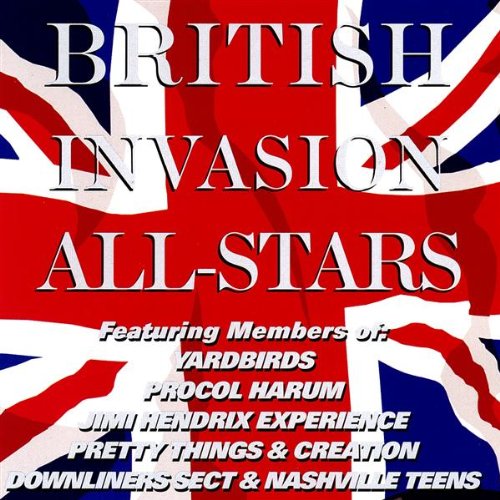 Formed in 2001, the British Invasion All-Stars boasts former-Yardbird Jim McCarty on drums and lead vocals, ex-Procol Harum member Matthew Fisher on electric Hammond organ, and Eddie Phillips (formerly of the Creation) on lead guitar. The three other members are Ray Phillips, of the Nashville Teens fame, on lead vocals, and two ex-members of the Downliners Sect: rhythm guitarist Don Craine and bassist Keith Grand (who contributes background vocals and shares the lead vocals with Phillips and McCarty). The album features covers of well-known songs by the Yardbirds (“Shapes of Things”) and The Spencer Davis Group (Gimme Some Lovin ) to new material. The CD boasts several guest musicians who also have strong ’60s credentials, including the late Noel Redding (who was one-third of the Jimi Hendrix Experience) and two members of the Pretty Things: Dick Taylor and Phil May. For lovers of high energy rock played with attitude and verve as would be expected by the calibre of musicians involved The British Invasion All Stars invoke a period that has been taken by the scruff of the neck and dragged into the twenty first century.

You can be the first one to leave a comment.