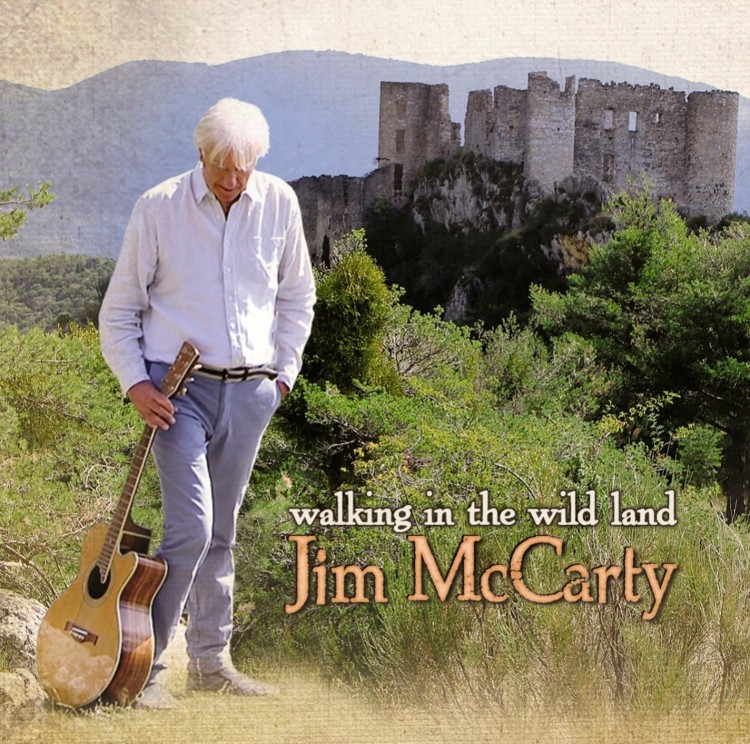 I’m very pleased with my new CD “Walking in the Wild Land”; recorded again in Toronto with George Koller and Terry Brown producing, I feel it’s my best “solo” yet.

I think they’ve got my voice sounding good this time. All the songs have been written around the beautiful landscape at home in France.

Also pleased with the general reaction, and of course thanks to Peter at Angel Air for putting it out.

Sitting on the top of time

This whole project started in January 2005 when my old friend, Ron Korb, came to visit me in France on his way to Midem. Ron and I had worked before on a couple of things and my wish was to ask him to record the flute on one of my instrumental ideas while he was there. I had a pretty old fashioned recording set up, and decided to rent a Dat player from a local music shop. This didn’t work at all, and after a lot of frustrating too-ing and fro-ing we gave up on the idea and instead Ron began to play me some of his live recordings. This was much more enjoyable, and at that time I was immediately taken by the musicians he was playing with, especially Donald Quan, the pianist whose light touch sounded music to my ears!

After Ron had left, I got in touch with Jason Relf, Keith Relf’s younger son, who was a bit of a wiz with studio recording, teaching it to would-be recording engineers in Croydon. I told Jason of my quandary, he suggested a “state-of-the-art” digital system, which I duly ordered the next time I was in England. He also came to France to install it, giving me a few simple lessons which soon allowed me to be able to very easily record all the ideas going around in my head, of which there are many! The great thing with the system was that there was no limit to the number of ideas I could record, so I could put every one of them down, without judgement.

Eventually, I had a few good songs together, and in June 2006 went to Toronto to start recording just before a big Canadian and US tour with the Yardbirds, so it all began to come together perfectly. This was at Q music in downtown Toronto, the studio belonging to Donald Quan, and I was very impressed by the feeling and vibe in the studio.

There seemed to be a good group of session players available, very much like in London in the 60’s and thanks to Ron, I soon had a good team together: Ron, Donald, Ray Hickey and George Koller on bass, a particularly versatile musician, who I learned had been awarded best jazz bass player in Canada at the Juno awards.

It was a magical day for me, that first day, when all of a sudden my ideas from France came to life in a new way, each of the musicians adding their particular influence. 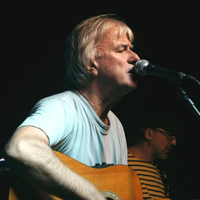 From then on I managed to fit in more studio recording every time I did a US tour with the Yardbirds with sessions in April and September 2007 and finally April 2008. All thanks to Ron who was very patient with me, (and my diet!), when I stayed with him.

It was an honour that Steve Hackett and Jean-Michel Kajdan were kind enough to make expansive contributions on lead guitar, and that Lou Pomanti was happy to come down to Q studios to add his particular rhythmic touch on two of the tracks.

Now, in the summer of 2009, I’m very pleased this project is finally seeing the light of day!!

It was new for me to think of doing something solo – a little bit daunting at first. However, there were many friends who seemed to suddenly appear and give their contributions and encouragement. I had recently been doing a collaboration called “The British Invasion All Stars” and had been impressed by the guitar playing (and personality) of Eddie Phillips (from the Creation). Also I worked with Matthew Fisher from Procol Harem (he played the famous organ hook on “Whiter Shade of Pale”).

I started off the project in Matthew’s studio in Croydon, London and Matthew first introduced me to working in a digital way, and we started the songs in this procedure. I thought it was great just to be able to change a bad note on the piano at the flick of a switch. This still needed the input of live players who still made their contributions to the tracks – something that in my opinion can never be replaced by technology!! The rest of the album I recorded in Crystal Palace (sounds very exotic – but I am afraid it was a tiny little studio). I had some very good young musicians working on it, Matthew Hammond, Clifford White and Dugald Brown, the brother-in-law of Malcolm Stern who I had worked with on some of the Stairway projects.

Through some other friends I managed to get on a very good record label in California called Higher Octave. I sent them the album but they were a bit cool about it first of all as they mainly produced instrumental records. But they told me later that they kept on having to play it again and again because they could not get it out of their heads – and finally decided to sign me up!! Apparently it was one of their best selling vocal records.