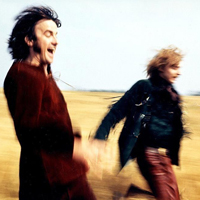 Enough, No More, Stop! I think that about sums up our feelings towards the Yardbirds when Keith and I left in 1968. We wanted to hear something more peaceful, perhaps it was as simple as that! Keith and I were close and we had already begun to write some songs together, sounds that were obviously not Yardbirds sounds and we liked the idea of seeing what we could come up with, having begun to listen to more experimental and avantgarde music like John Cage, as well as modern classical (western and eastern) and more evocative contemporary music.

One year later we formed the band, Renaissance, with John Hawken, formerly the pianist with the Nashville Teens, Louis Cennamo on bass and Keith’s sister, Jane Relf, on backing vocals. In the middle of one of our songs during an early rehearsal, to our surprise John Hawken suddenly broke into a piece of Beethoven. The classical piano seemed to fit perfectly with our ideas of avant-garde Rock music. This was to be our new sound. 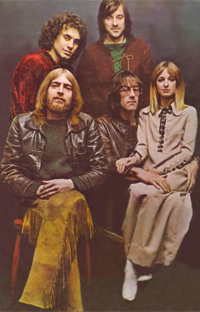 We quickly got into the album market, which had suddenly opened out. I bumped into Paul Samwell-Smith, the original bass player of the Yardbirds, in a pub and he introduced us to John Michel who became our manager. Tours of Europe and America followed over the next two years and we produced two successful albums, Renaissance Album“Renaissance” (produced by Paul) and “Illusion” that were signed up with Island Records. That was quite a nice time around 1969 or so and the band had quite a successful beginning. Unfortunately, in 1971, it was obvious that the stresses of touring that Keith and I had endured with the Yardbirds had not been fully exorcised and we quit the band. New members took over, I did continue writing for them for a while, the group was a good vehicle for classically orientated Rock and they went on to be quite successful, due in the main to their talented female singer, Annie Haslam. 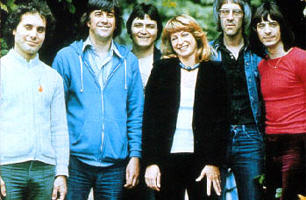 Even though I somehow separated out from Keith for a while, writing my own songs, the two Renaissance albums seemed to be doing quite well, and in 1975 Keith and Jane rang me to speak about reforming the band under the name of Illusion. Keith’s tragic death in 1976 was a painful time for me, for us all, but somehow it gave us all impetus and motivation to carry on with the project. We produced a further two albums, “Out of the Mist” and “Illusion”, the emphasis now being more lyrical yet retaining the classical improvised sound. We did one series of concerts with Dory Previn, a folk singer who was married to Andre Previn, she was really good. 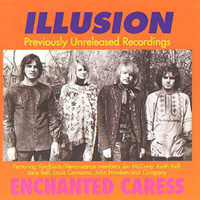 We did another tour with Bryan Ferry. But in the late 1970s it was a difficult time for rock music, with the popularity of punk bands such as the Sex Pistols and the Clash and only firmly established rock bands retaining their recording contracts. We began to lose confidence in our creative potential, and the relationships with each other became rather twitchy. We disbanded.

In 2001 we did another album of songs I had composed, “Through the Fire”, but to be honest it began much more as a solo project than a band effort. However, it became clear in the writing of these songs that the lyrics and compositions had the distinct quality of the earlier work of Renaissance and Illusion and so I began to contact the former members.

The outcome of this for me was a new realisation of the particular and unique musical talent that John, Louis, Jane and I have together and the ideas gathered impetus.